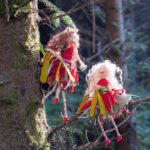 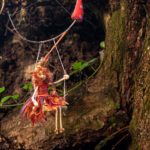 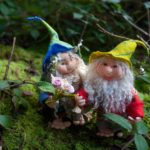 Fairies so small they can hardly be seen, except for the laughing child within. Fairies so happy and kind, so gentle and wild, so go on and dance my wild fairy child. 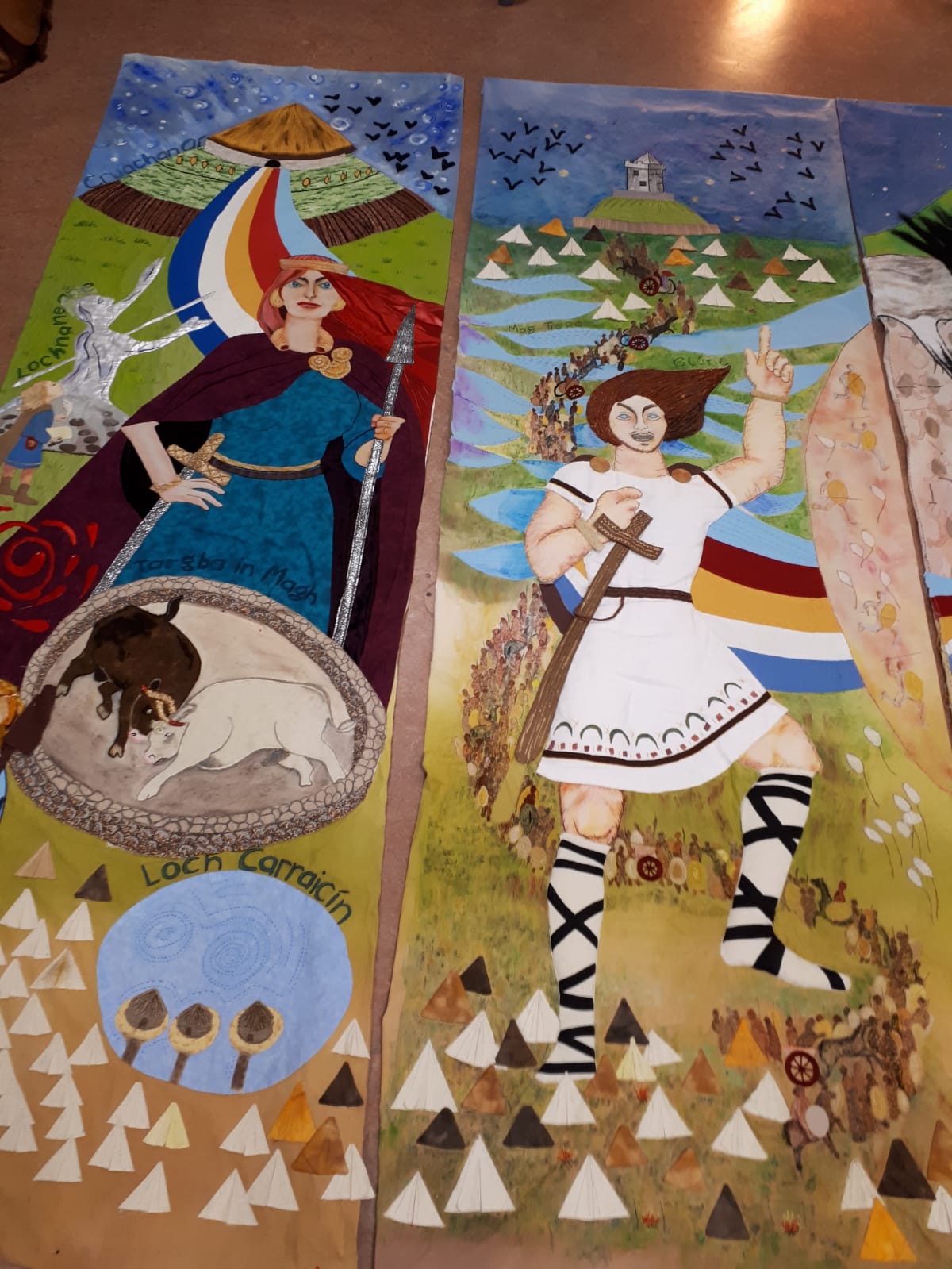 18 May Threading The Tain

Posted at 21:42h in Course, Uncategorized by Franziska Lienberger

One upon a time…. there were 7 beautiful women. All had one thing in common. They all had a passion for textiles, treads and imagination. 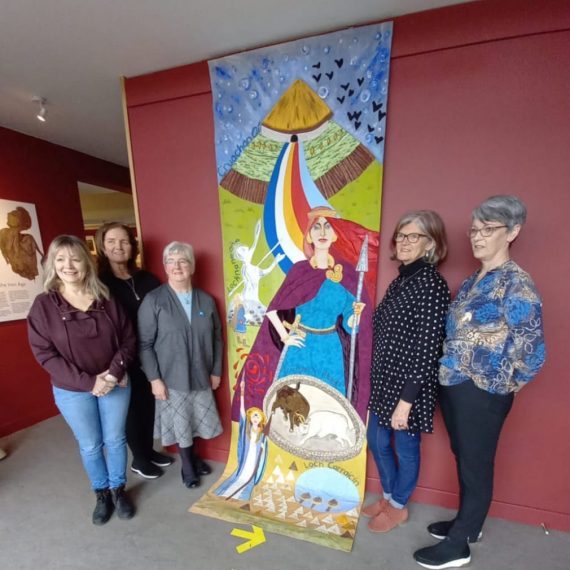 But looooooooong before that, there was another important figure to play her part on this collaboration. Her name was medb ( pronounced maeve)The story of medb and the cattle raid of Cooley has been told in Ireland for centuries. It’s one of the most intriguing epic tales in Ireland.

It’s a long slightly complicated story. It certainly entails everything a good story needs. Love, affair, battle, fortune telling, death, conspiracy, and everything in between. Not to forget the all important bull of Cooley.

You can read her story here. 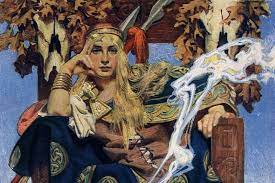 But what has her story got to do with me?

Frances Crowe was on the other end. I know, I got slightly star struck. Frances Crowe is a well-known Irish tapestry artist and is asking me to work under her guidance and other artists on a big project.

We started The Táin Tapestry some time in July 2021. One meter wide and 3 meters long.

The artwork was created by the very talented artist Sophie Coyle.

The very talented artists undertaking the Roscommon panel were. 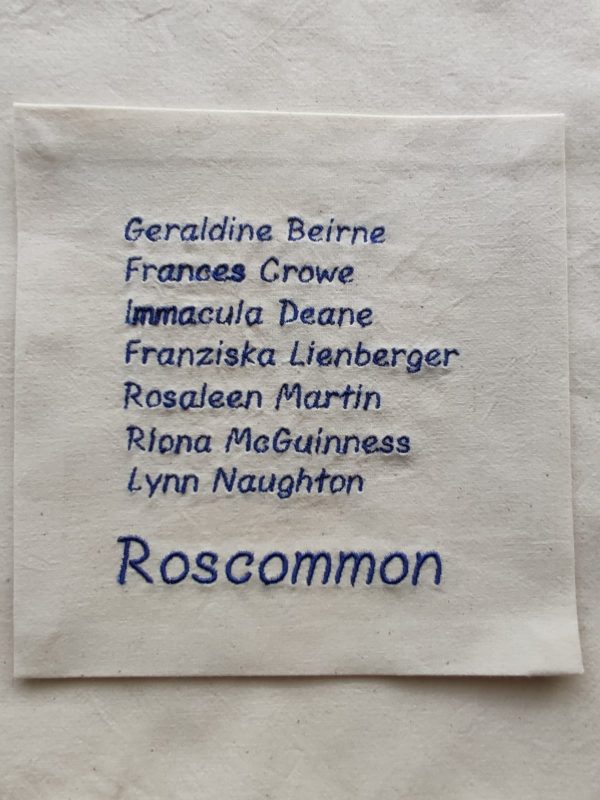 Sophie’s drawing was our guide on this tapestry, as it had to match the other panel that followed to the right of ours that the Longford group was creating.

Frances Crowe our project facilitator, kept us motivated and inspired. 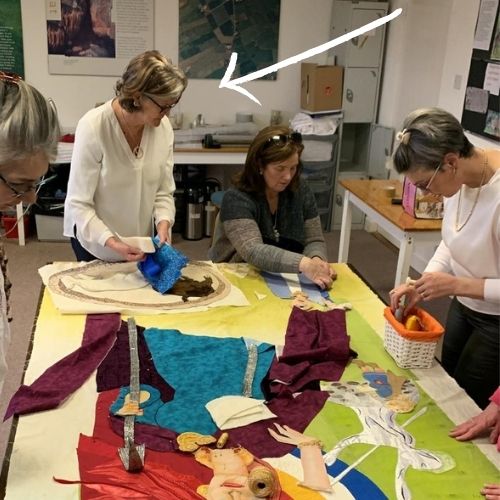 As you can imagine I was more then happy to voluntarily give 2 hours every week to work with likeminded others. Especially as we were still in a pandemic and a bit fed up with being isolated from other human interactions. As soon as restrictions were lifted we met up.

We met every Wednesday in the Rathcroghan visitor center. Right were Medb ruled and lived. I think we all felt very connected to her during our time sewing her story. 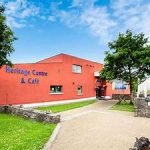 A hug, massive thanks as well to Rathcroghan visitor centre for having us and suppling free coffee, tea and their facility free of charge.

Medb would have loved your brews too. The coffee there is seriously worth the travel alone.

Rathcroghan is in Tulsk Co.Roscommon and that’s where Medb’s story and the brown bull of Cooley originate from.

As she travelled with her army towards Co. Louth where she hoped to capture the brown bull, she passed 3 other counties. County Longford, Westmeath and Meath.

Our tapestry visually showed the start of the march. Followed by the other 4 counties. 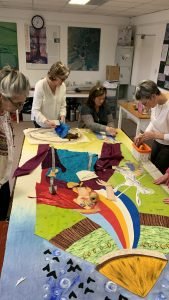 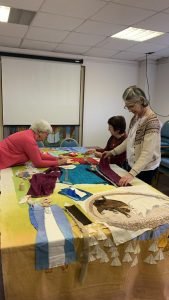 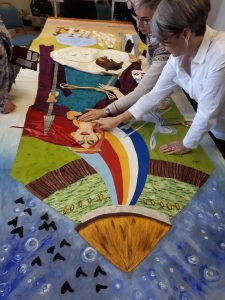 But before we were able to share the finished piece with everyone else’s tain tapestry there were lot of fabrics, treads and discussions taking place. 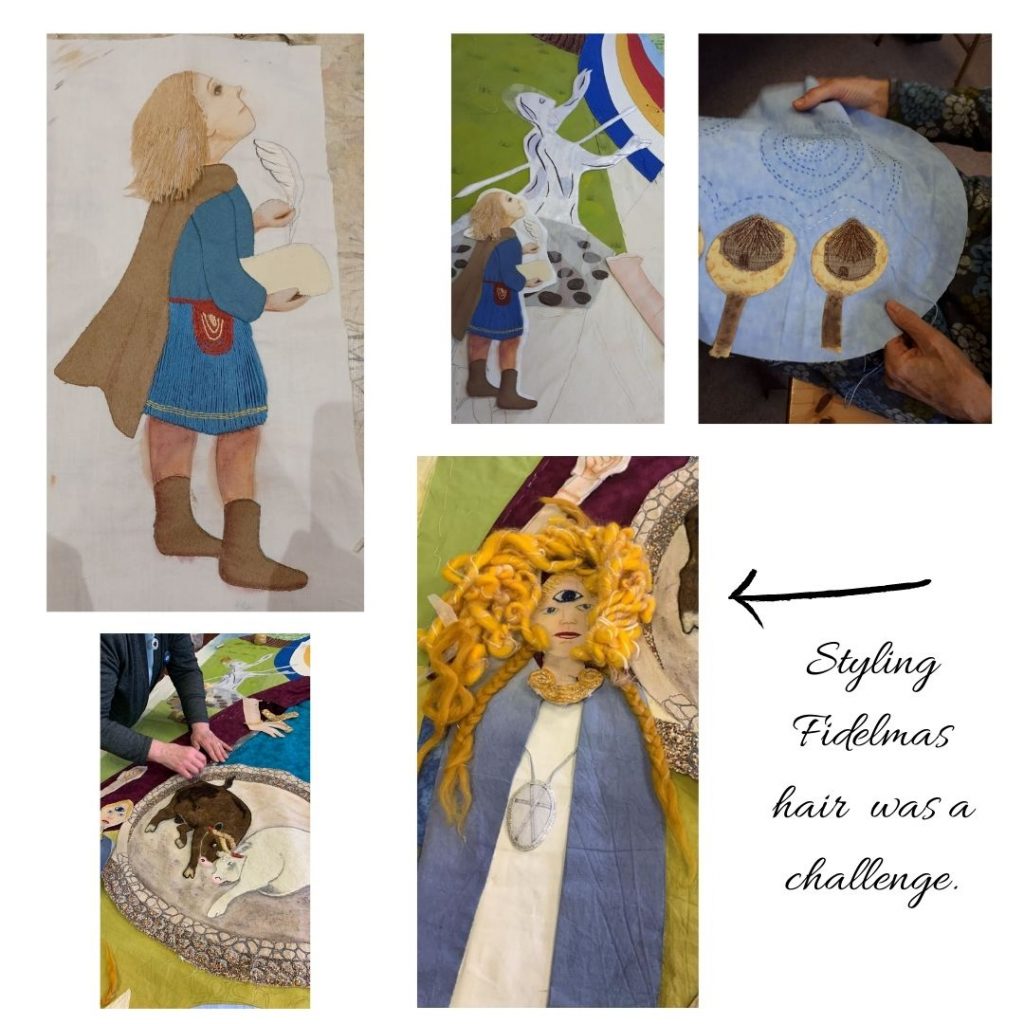 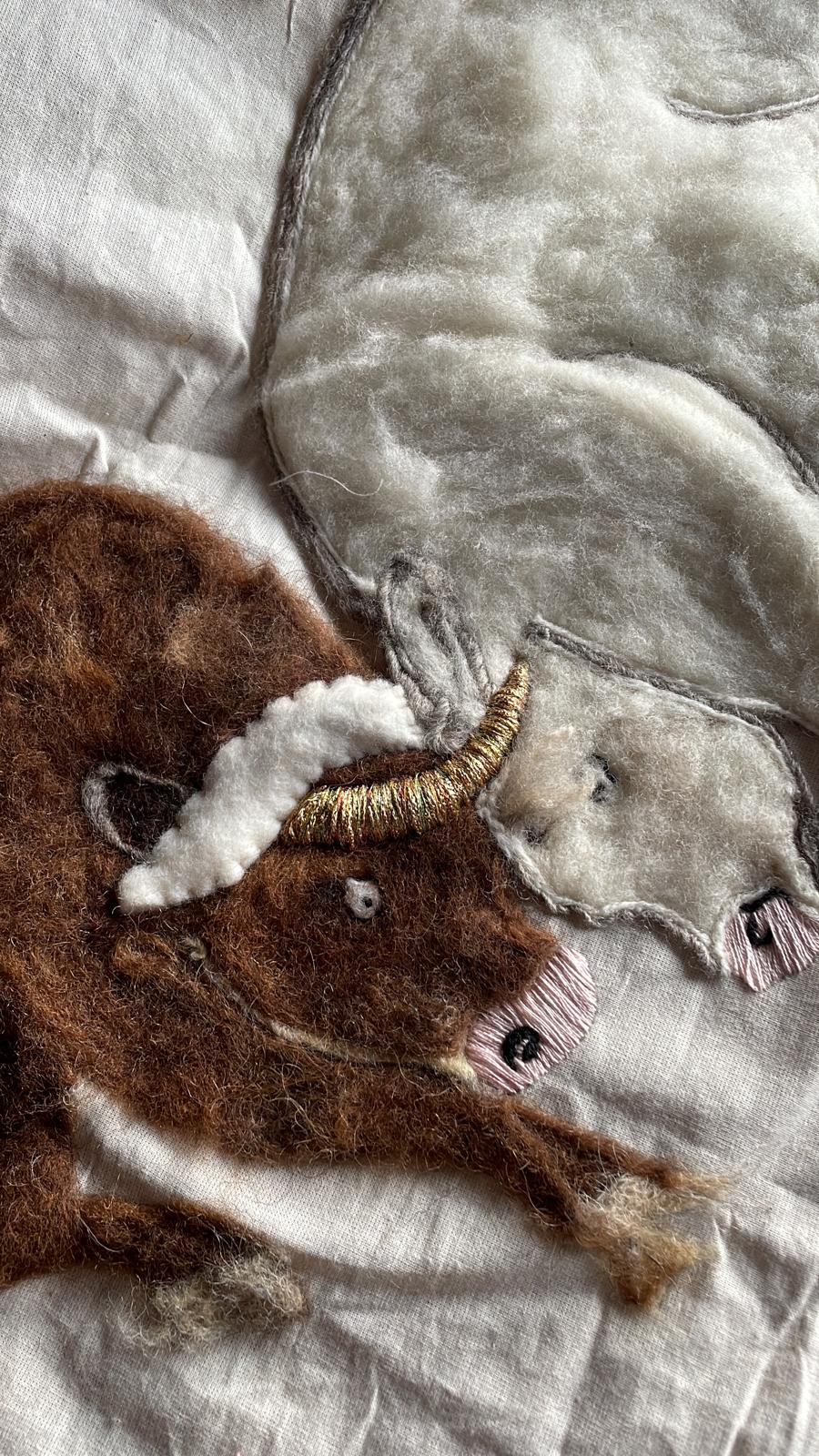 And I took the bulls by the horns and used wool to give them a more realistic look and feel. 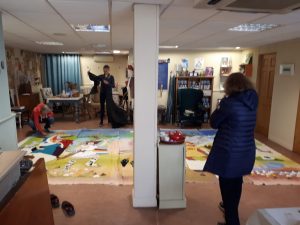 Meeting up with the other panels of each county involved.

Completed and exhibited in time for the launch of the Táin March Festival 2022. After the festival each county will place their tapestry on semi permanent display so it can be enjoyed by the general public.

Our panel will be on display in the County Council Office Roscommon some time in June 2022 when Medb comes home from Co. Louth.

I would also like to thank the an tain arts centre in Dundalk Co. Louth especially Mary Clare Cowley. And last but not least “Creative Ireland” for their continues support in the arts sector and especially with their help in this project.

News paper articeles about the project

Thanks for reading. Till next time.